So Your Daughter Wants to be a Gymnast 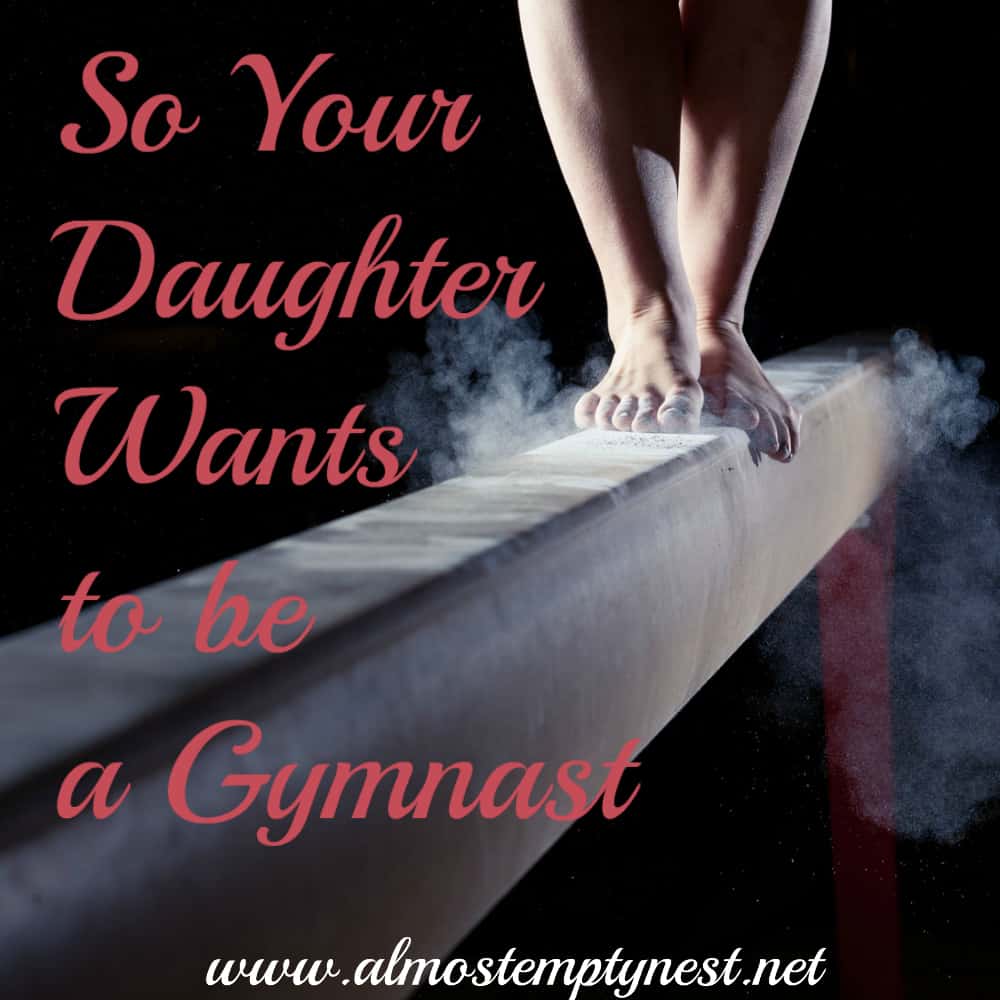 With the close of the Olympics and the amazing success of the USA Women’s team, gymnastics gyms all over the country will see a huge influx of little girls wanting to try the sport. My daughter was one of those little girls who once walked into a gymnastics gym for the first time. She left the gym and the sport after 9 years of fun, friends, competitions, injuries, epsom salt baths and rewards that cannot be measured. I wrote the words below only days after she walked out of the gym for the last time as a competitive gymnast.

Ten years ago my pre-k daughter was asked to join a tumbling class with a classmate.  I don’t remember much about the class except that once cold weather rolled in, we realized the gym was not heated and our little 4-year-old tumblers were not enjoying tumbling while their teeth chattered. One by one the girls dropped out. My daughter had enjoyed the class so I called a gymnastics gym and enrolled her there. She loved it. Her coach was adorable and would stamp the girls’ feet with fun pictures at the end of each class for good work. The ultimate accomplishment was to climb a rope to the ceiling and ring the bell. My daughter took the challenge and scurried to the top and earned her first gymnastics award – a blue ribbon. A few short years later she was a  USAG (USA Gymnastics) competitive gymnast. Then one day you wake up and your daughter has competed for three different gyms. She’s had more coaches than I can remember. She practices 20 hours per week and has competed in four different states in the last 2 years. Her answer to most invitations is, “I can’t (or I will be late). I have gymnastics.” She is also walking into the gym every day with sore wrists, a sore back & Osgood Schlatter in her right knee, which she has been fighting for 3 years.

“This is so hard,” her statement began as we drove out of the school parking lot, tears starting to appear. I looked at her with concern, worried about what had happened at school that day. “I think I want to quit gymnastics,” she continued. Wow. I was a bit stunned. I felt like we were coming close to this point and that it probably needed to happen, but it was as hard for me to absorb the words as it was for her to say them. We drove over to Target and sat in the car and talked for a while. I told her it was her decision and hers alone. That night was the end of the year banquet for her gymnastics’ team. We went and celebrated the year and did not say a word to anyone about her thoughts.

The next day after school we decided to go to the gym. She was ready to tell them. We waited until her usual time to go in – around 4:00. We sat for quite a while in the parking lot while she gathered the courage  and then walked in, legs feeling like they were made of concrete and stomachs like they were made of jelly.  I sat down in the observation area & immediately began to cry. She walked onto the floor towards a teammate who saw her in street clothes & they collapsed into each others’ arms.

I watched the little girls at the front of the gym doing their circuit of wobbly cartwheels, walking down a low beam, pulling themselves over a bar and jumping down the tumble track. I knew that for most of them, this gym class would be just one of many sports they would try, but perhaps  one of them (and her parents) were in for a fun and challenging adventure of major accomplishments, discipline, hands hardened like leather, dear friends, some tears, and frequent flyer miles at the orthopedist’s and chiropractor’s offices. (For the record, you never actually get a discount, no matter how many times you go.) It’s not an easy sport. There is always that thought of doing it through high school, but very few do. Our gym had one graduating senior this year. There was also only one the previous year. My daughter’s age division at the state meet was called “14 and up” and there were about 12 girls in it. Gone were the days of being in the 11a group, where 50 11-year-old girls have been divided into 2 groups of 25 each and everyone gets a medal at the end. To earn a medal in level 7, you have to place in the top 3.

In in the weeks leading up to her letting go, she  had gotten a taste of a different life. She left the gym for a week to go on an 8th grade trip to Washington, DC and we took her with us for a long weekend in Chicago for her brother’s choir trip to compete in FAME Show Choir Nationals.  She also had skipped a day in the gym to try-out for high school cheerleader. She made the squad and had been insisting she was going to be able to do both gymnastics and cheerleading. I was not sure at all how that was going to work, but went along with it as part of her journey.  I figured all of this would come to a head sometime in the summer or early fall after a day of 4 hours in the gym and 2 hours of cheering. She was smarter than that, and despite the emotional pain, made a very grown-up decision about how she wanted to spend her time in high school.

Last Monday I drove her to her first cheer tumbling workout. It was at the same gym where she first took tumbling 10 years ago. It was a warm day and there is still no air-conditioning in there.

If you have a daughter who fell in love with Simone Biles and Aly Raisman during the Olympics and wants to try the sport, I say, “sign her up.” She may try it for a semester or she may fall in love with it and be a gym rat for 10 or more years. We do not regret a day our daughter spent in the sport. She now uses the skills she learned in the gym as a cheerleader and pole vaulter for her high school. There comes a day when everyone walks out of the gym for the last time, and only for a very, very few will that be on the Olympic stage. The friendships and discipline earned every day of practice and competition last a lifetime. For us it was a priceless, but never painless or free, journey. 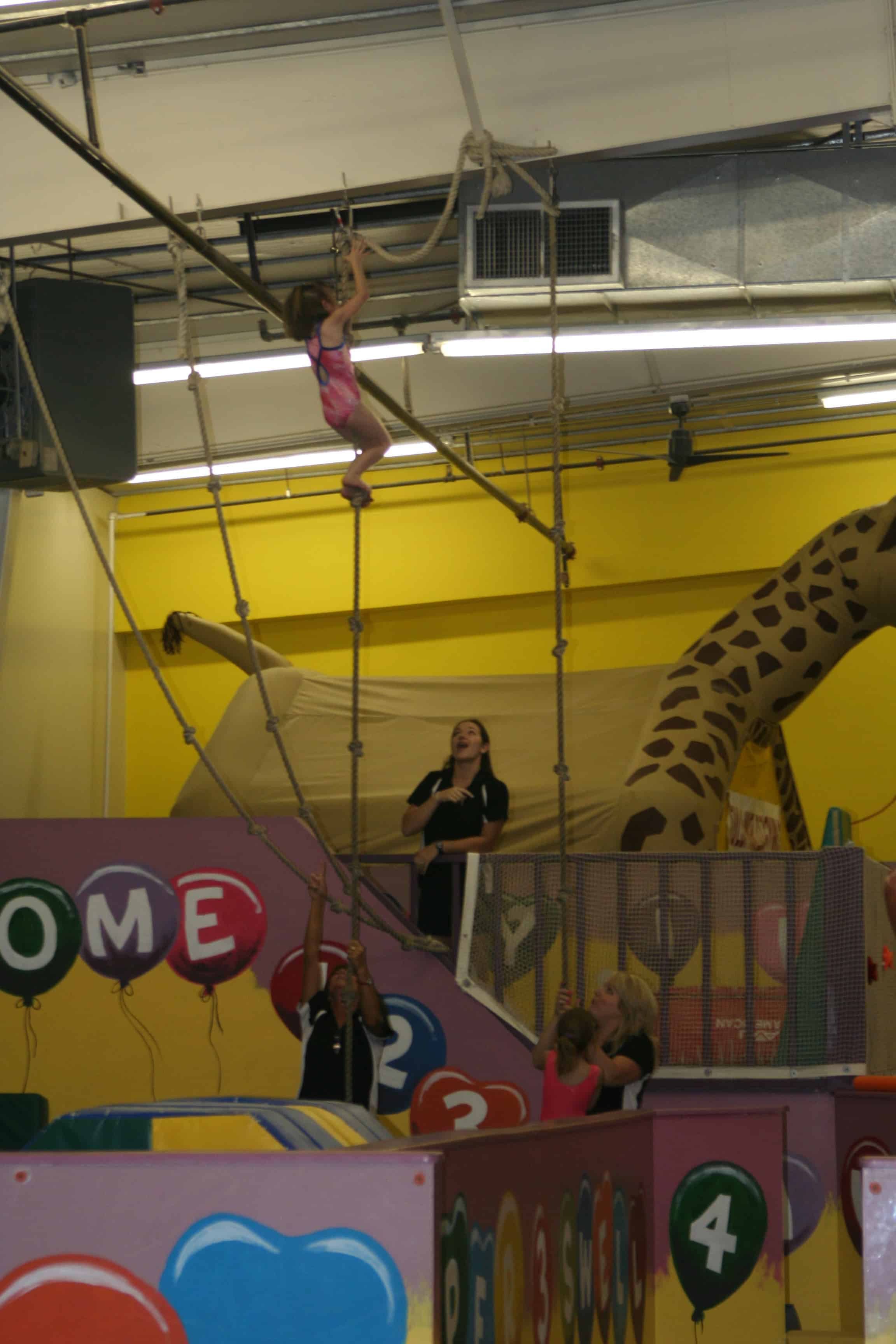 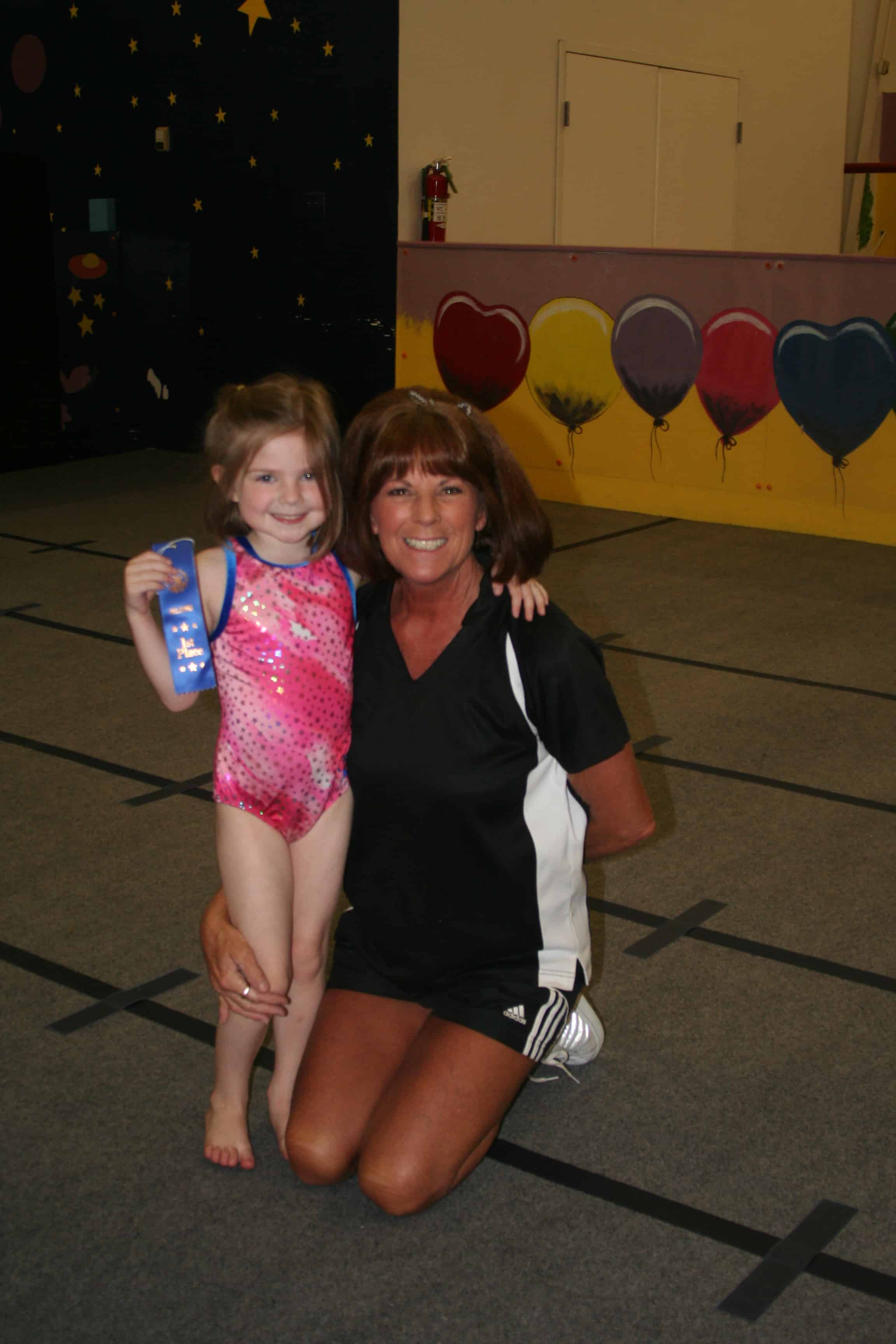 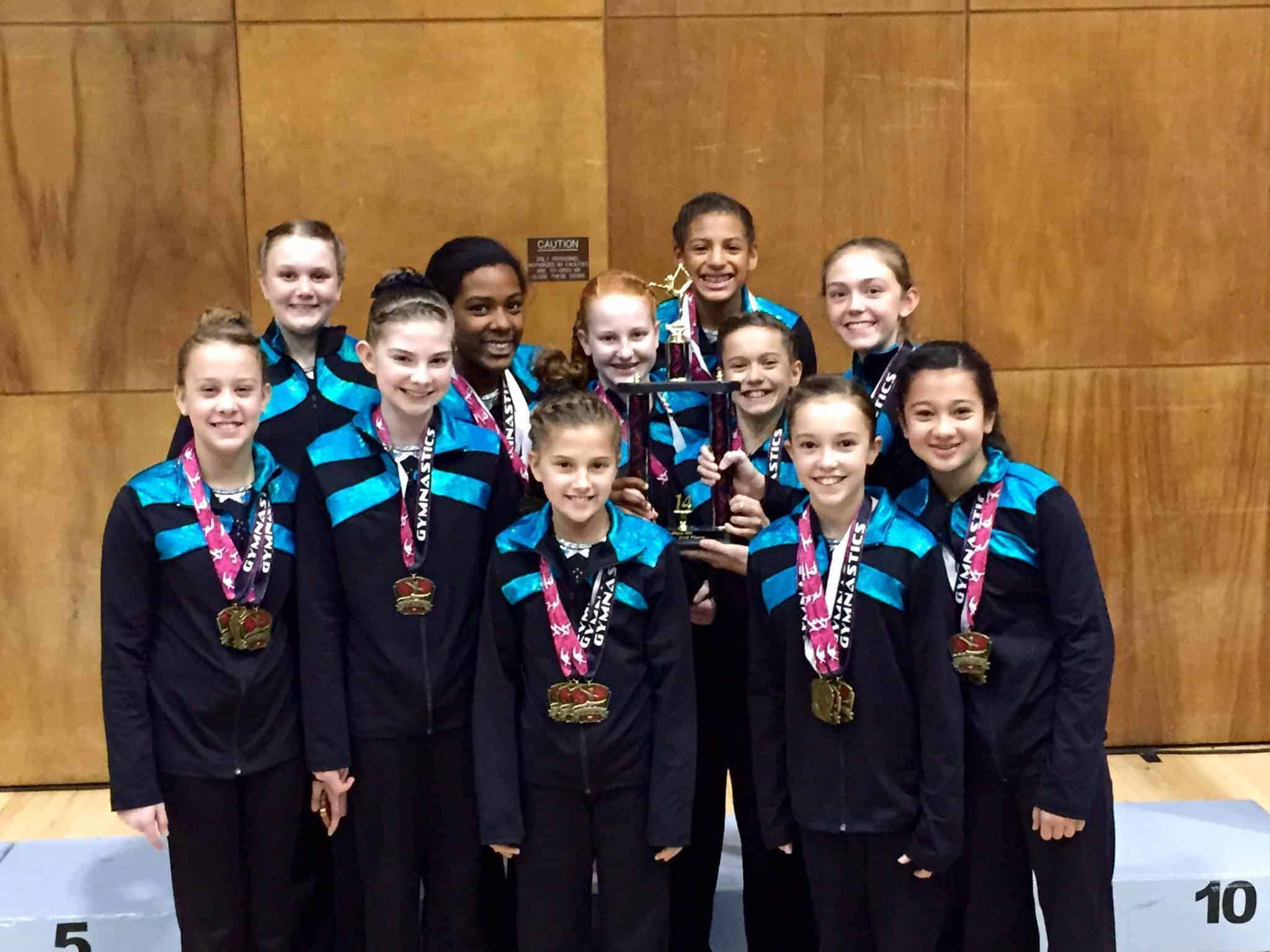 If your prefer not to join, you may purchase the printables HERE.